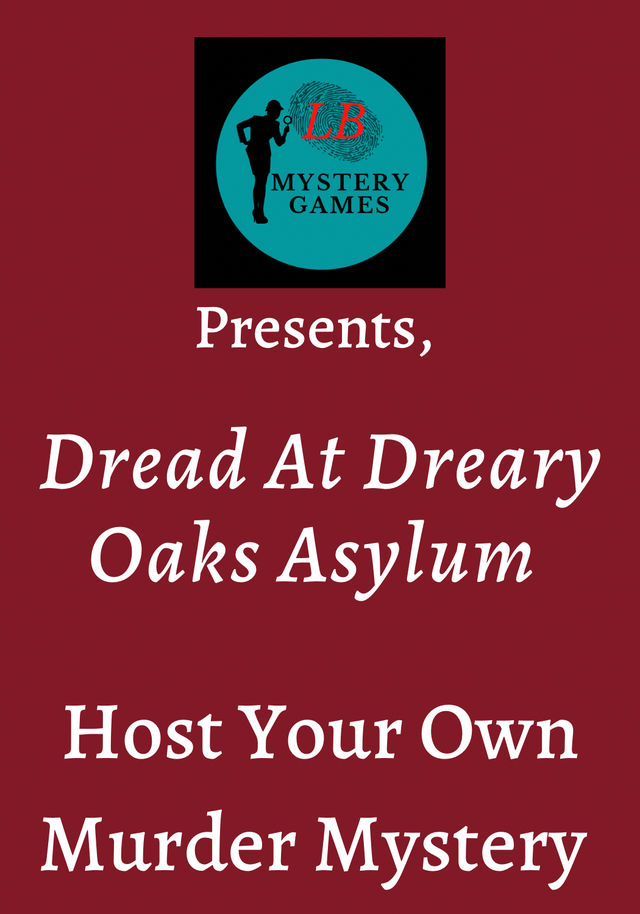 Dr. Magnus Vaughn, is the Chief of Staff at Dreary Oaks Asylum. Recently, scandal has surrounded not only the doctor but the staff as well. A malpractice suit has been brought against Dr. Vaughn for the wrongful death of a patient. If the suit moves further, not only will Dr. Vaughn lose his license to practice medicine but the facility will close down permanently.

Several members of the staff have been at odds with the doctor since the lawsuit began and the morale has dropped immensely. His own wife has filed for divorce due to the tension from all the allegations that have been made and soon the tension and chaos lead to death.

Kate - One of the housekeepers

Peter - Doctor in the asylum