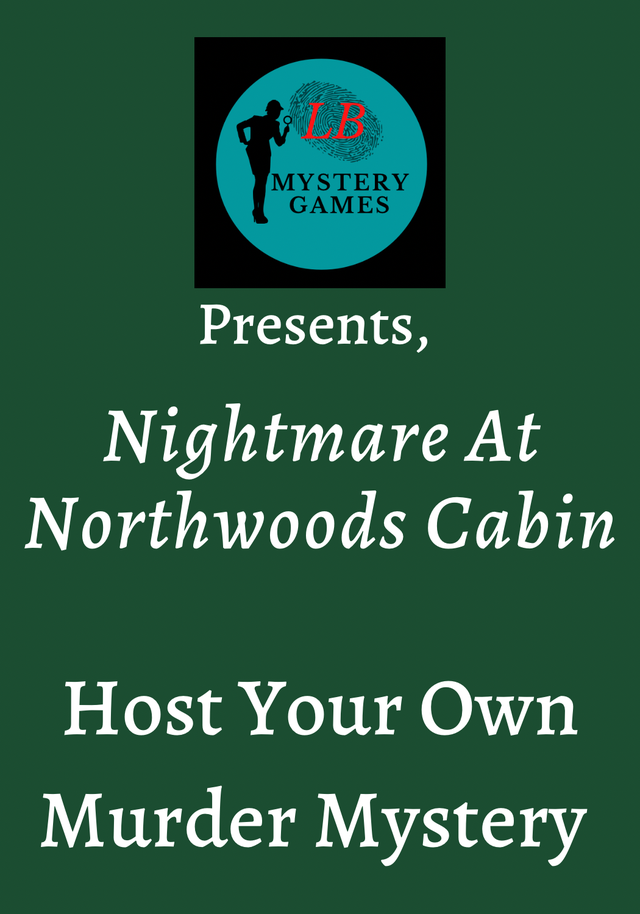 Cabin in the Northwoods of Wisconsin

On a warm day in August, Charley Mills, the owner of the Northwoods Cabin is found dead. The authorities quickly rule his death a homicide. Who would have wanted to murder him and with what and why? Could it have been his soon to be ex-wife, Suzanne or maybe his angry neighbor Bud or was it Hank the mail carrier? These are just three of several suspects who have a motive and could have murdered Charley. Game includes several clues, puzzles and other materials to help you solve the murder.